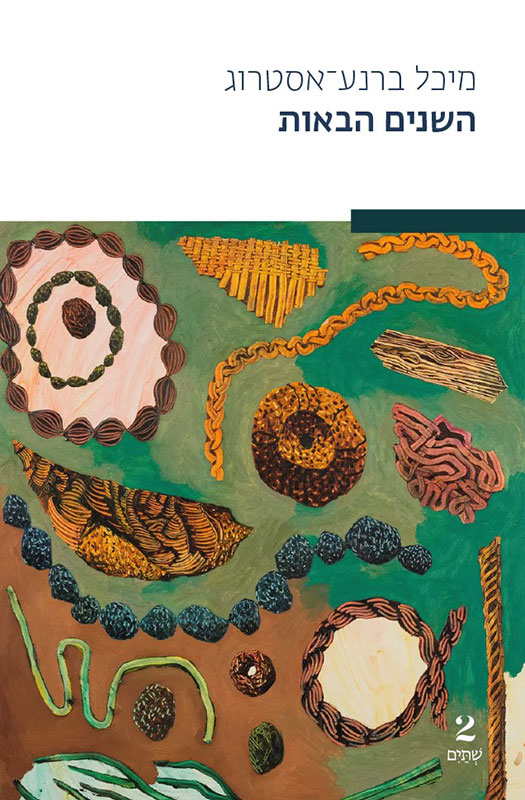 “One night only the two of them stayed there, awake into the small hours, and looked – each from their place – at the full moon and the deep blue night sky, strewn with silvery star dust. More than once, their eyes met. Imaginary dialogues spun threads between them, invisible but setting aquiver the space between the two sides of the ship’s deck – their existence beyond doubt, not merely in her mind. She would have liked him to come and sit beside her, but he didn't. Maybe better so. And maybe the whole universe is weeping for the possibility that was lost.”

Milla, a young village woman, escapes her preordained life, leaving behind her beloved family and fiancé. This is how the book starts, and it goes on to accompany five life narratives that merge with and continue one another, from the late 15th century, into the not so remote future, in three corners of the world. From Milla to Gabriel, poet and traveler; from Gabriel to Guiomar, a visionary in search of her lost sister; from Guiomar to Shulamit, who navigates between her inner world and her family in times of emergency and in everyday life; and from Shulamit to Ines, who struggles to survive during a mysterious epidemic that damages the brain’s trust circuits, and under an oppressive and cruel regime in a besieged city.

The chapters’ plots unfold in worlds that are familiar in part, but also alien, in loosely defined times, while implicit and overt ties mark the constant flow between different lives, between rupture and continuity.

Writing lyrically, sensitively and meticulously, Michal Barnea-Astrog produces a beautiful portrait of humanity, of intimacy and loneliness, of violation and elevation, and of the infinite possibilities of suffering and grace.

This is how it begins:

“The rhythmic murmur curving itself behind my ears, behind my neck, attends the movements of the fingers, skilled at braiding – wisps of hair over wisps of hair, finger below finger, thumb over thumb. They are not swallowed by the background, nor do they drown in the louder, more unusual noises surrounding me. They somehow wrap themselves around me, I somehow rest on them, they somehow fill me out, carry me along, make me joyful, as long as I attend to them. My existence in these moments is both concrete and wave-like, an existence in which three gleaming brown rivers interweave, moved by fleshy, elongated forces that find their way easily, in no need of eyes, unwittingly joined to a faraway, unthinking, habitual mind. These murmurings and rivers and motions fasten me to an ongoing uninterrupted present and to a past that in some sense much resembles it, and cast hints about a future, similar as well as unknown, which seems already to have come into being.

And all around me the sea.”